Lonoke, Arkansas – June 16, 2021 – Remington Ammunition congratulates Team Remington’s Reanna Frauens as a top performer in the 2021 U.S. Sporting Clays Championship. Frauens was able to stay at the head of the pack and continue racking up wins as a Team Remington shooter in the 2021 season.

“Reanna has had a great season so far and we congratulate her on another impressive performance,” said Joel Hodgdon, Remington Ammunition’s Marketing Director. “She has the ability to step up and perform against the best of the best and we are thrilled to have Reanna shoot for Big Green. We wish her the best of luck as she continues to compete and look forward to many more top finishes.”

Frauens bested a field of 42 competitors by winning the Super Sport Lady Division with a score of 92. She also managed to finish sixth overall in the U.S. Open Lady Division. Frauens continues posting podium finishes with help from Remington Premier STS loads.

A winning combination of shot-to-shot consistency and reloadability, Remington’s Premier STS® Target Loads are the benchmark for target-crushing performance and a favorite at the reloading bench. It’s the choice of champions at major skeet, trap and sporting clays shoots across the country. STS is part of the full lineup of competition-worthy shotshell offerings from Remington that are now being produced and shipped across the country.

To be the first to hear about product availability, exciting new products and everything Remington ammo, visitors to www.remington.com are encouraged to sign up for Remington’s e-newsletter or follow Remington on social media. 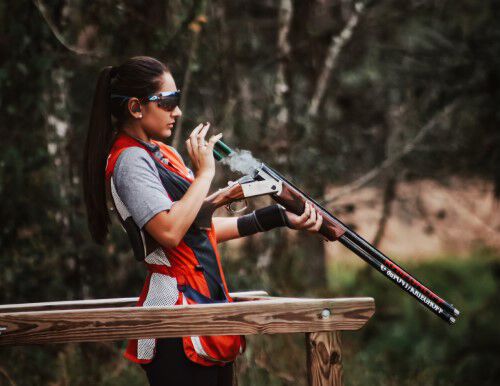