Lonoke, Arkansas – February 16, 2021 – Remington Ammunition has announced its formation of an elite team of shooters who will compete in top national and worldwide competitions in 2021. The building of Remington’s strongest team ever included recruiting seven of today’s top shooters across all shotgun disciplines.

“We’ve assembled a great group of driven and highly skilled ambassadors from the competitive shooting world who can win any event they are competing in,” said Jason Nash, V.P. of Marketing for Remington Ammunition. “These talented individuals are both great role models and great shooters—which is the theme for Team Remington—and guiding principles for how we choose our members.”

The list of career accomplishments from these athletes throughout their competitive shooting careers shows a true dedication and passion for the shooting sports.

Sean Hawley, an ATA Hall of Fame member, is one of the best All-Around shooters in the ATA competitive circuit. He is noted for his Doubles shooting and has won many awards at the Grand American. Sean is a multiple-time first team All-American and is involved daily in the shooting world as a gun club owner and the current editor of Trapshooting USA magazine. Chase Horton is the 2020 ATA Captain of the Open All-American team and has also won the 2019 HOA at the Grand American.

Both Clay Baldwin and Lauren Burge are the current World Skeet HOA champions and are the 2021 Captains of their respective All-American teams for the NSSA.

Reanna Frauens is an upcoming shooter and freshman at the University of Florida. She has won many awards in SCTP in both sporting and trap and is the current National Sporting Clay champion in the women’s FITASC event. A key talent, Michael Luongo is a serious contender at any competition he enters and has many major wins in his career.

Remington ammunition can be found at dealers nationwide. 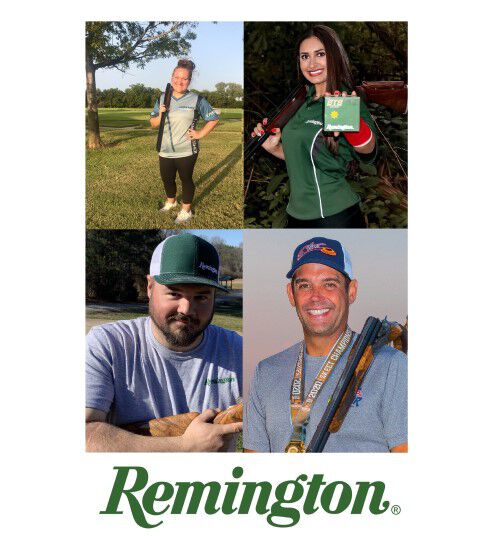